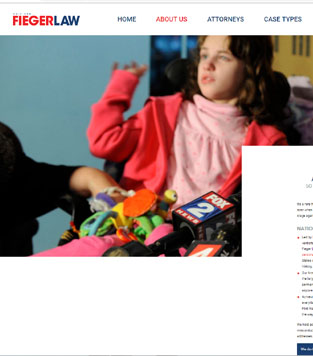 It’s a rare thing when a law firm becomes a part of history. It’s even rarer when a trial lawyer consistently plays a role on the national stage again and again, helping people live safer and freer lives.
NATIONALLY OBSERVED LAWSUITS
Led by Geoffrey Fieger, renowned for winning both injury verdicts and his work with suicide-doctor Jack Kevorkian, the Fieger Law firm has spent half a century securing the largest personal injury andmedical malpractice verdicts in the United States in some of the most notable cases in the country’s history.
Our firm won the largest verdict in Michigan history, and one of the largest nationwide: $144 million for a little girl who was permanently brain damaged at birth. We aren’t afraid of anyone.
Achieving justice for those who can’t fight for themselves is the everyday mantra at Fieger Law. Our work to help victims in the Flint Water Crisis is setting important legal precedents, paving the way for others to get the support and repayment they need.
We hold police officers and public servants accountable for misconduct, and we fight to ensure that our legal system addresses people of all races equally.