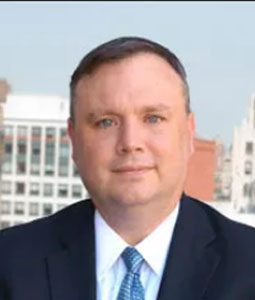 Danny R. Kraft, Jr., recognized as a 2014 National Trial Lawyers’ “Top 40 Under 40” attorney, frequently puts his extensive courtroom experience to work for Weitz & Luxenberg clients who have been exposed to asbestos. His goal at trial is to argue your case in the most compelling way possible to persuade a jury to deliver a favorable verdict — or, alternatively, to convince the defendants that they cannot possibly win and that their best hope rests in agreeing to a generous settlement.

For example, in 2013, Mr. Kraft helped deliver a verdict worth a joint $190 million for five Tri-State Area tradesmen who developed mesothelioma after exposure to asbestos (this was the largest consolidated asbestos verdict in New York history and, for two of the plaintiffs, the $60 million each received represented what is believed to be the largest individual sums ever awarded in a New York asbestos case).

Also in 2013, Mr. Kraft served on the victorious trial team that obtained $35 million for the family of a deceased New York mesothelioma victim. Two years earlier, Mr. Kraft helped convince a jury to award $22 million in damages from Goodyear Tire and Rubber Co. and Goodyear Canada to two clients who were smokers and developed lung cancer after exposure to asbestos.

Many of the hard-hitting litigation skills Mr. Kraft employs were cultivated during his years as an assistant district attorney in Bronx County, N.Y. During his tenure with that office, he prosecuted defendants accused of crimes ranging from theft to murder, all the while amassing an impressive record of convictions at trial.

Mr. Kraft began the practice of law upon his admission to the bar of the state of New York (he subsequently gained admission to also represent clients in U.S. District Court, the Southern District of New York).

Originally from Youngstown, Ohio, he earned a bachelor of science degree from the University of Notre Dame before entering Emory University School of Law, which, in 2001 conferred upon him a juris doctor degree.

His selection as a “Top 40 Under 40” attorney means Mr. Kraft possesses talent and skills few peers in his age group can match.