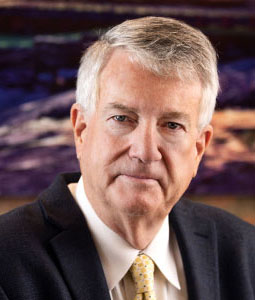 It is hard to imagine Greg Allen apart from the practice of law, but it was almost by chance that he found his calling. In the late 1970s, Greg was working for the railroad in Atlanta when he got a call that he was being transferred to Montgomery, Alabama. He loaded up his pickup truck with all his worldly belongings and made the move. Shortly after arriving in Montgomery, he saw an ad for Jones School of Law that said students could attend classes at night. He applied and was accepted.

In 1980, Greg began working for Jere Beasley as his first law clerk, right after Beasley opened his private practice. In the beginning, Greg worked at the law office for free, hoping to gain experience while attending law school.

Today, he is a principal and lead products liability attorney at Beasley Allen Law Firm. He has been involved in many product liability cases that have resulted in substantial verdicts and settlements and enjoys taking on giant corporations on behalf of people who have been seriously injured, especially in difficult and technical cases.