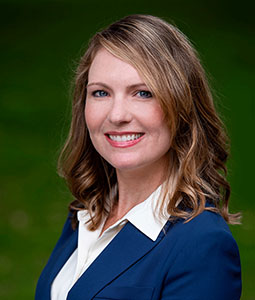 Laura Carlin Mattiacci is a partner at Console Mattiacci Law, LLC. She is the lead trial counsel for many of the law firm’s most significant cases.

On July 19, 2018, Laura, serving as lead trial counsel with Rahul Munshi of Console Mattiacci Law, LLC assisting as second-chair, won a unanimous jury verdict in federal court against Temple University in the amount of $850,000 after a four-day trial in the U.S. District Court for the Eastern District of Pennsylvania before the Honorable Robert F. Kelly. The plaintiff, Ruth Briggs, alleged that on the day before her 57th birthday her supervisor made sex and age-based comment. After complaining about the comment and other treatment, Ms. Briggs alleged that for the next two and a half years, she was subjected to a hostile work environment and retaliated against. Ultimately, Ms. Briggs was fired for what Temple University said were ongoing performance deficiencies. The jury rejected this explanation and found that Ms. Briggs’ age and her complaints of age discrimination led to her termination and that she was subjected to a hostile work environment because of her age and her complaints of age and sex discrimination. The jury was asked to assess “compensatory damages” (compensation for pain, suffering, inconvenience, mental anguish, or loss of enjoyment of life) as a result of Temple’s conduct and returned a unanimous verdict of $350,000. They also awarded back-pay losses of $250,000 to Ms. Briggs. The jury also found that Temple University acted with “willful indifference,” which added an extra $250,000 in liquidated damages. Judge Kelly will decide the right amount of front-pay damages; her front pay losses are about $47,500 per year. A petition for reimbursement of attorneys’ fees and costs will also be submitted.